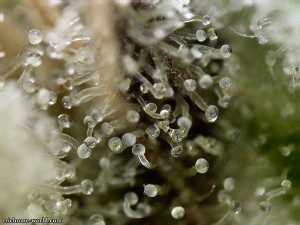 Naturally occurring cannabis (Cannabis sativa) contains a group of chemical compounds not found in other plants known as cannabinoids. Over 60 different cannabinoids have so far been identified but the role and importance of many of these has yet to be fully understood. GW is researching a large number of cannabinoids, each of which has different effects and applications.

Of the cannabinoids listed above, only two cannabinoids have to date been well characterized – THC and CBD. Both THC and CBD have important pharmacology: THC has analgesic, anti-spasmodic, anti-tremor, anti-inflammatory, appetite stimulant and anti-emetic properties, whilst CBD has anti-inflammatory, anti-convulsant, anti-psychotic, anti-oxidant, neuroprotective and immunomodulatory effects. CBD is not intoxicating and indeed it has been postulated that the presence of CBD in cannabis may alleviate some of the potentially unwanted side-effects of THC. There is currently limited scientific information on the pharmacology and toxicology of the other cannabinoids. Cannabinoids are believed to be effective in suppressing muscle spasticity, spasms, bladder dysfunction and pain symptoms of MS.

The discovery of the cannabinoid receptors led to the demonstration of the existence of the body’s own natural cannabinoids (endocannabinoids), the most important of which are arachidonoyl-ethanolamide (anandamide), 2-arachidonoyl glycerol (2-AG) and arachidonyl glyceryl ether (noladin ether). This remains a highly dynamic field. There is evidence that anandamide can serve as a neuromodulator or neurotransmitter on its own or in conjunction with inactive precursors in what has been dubbed the “entourage effect”.